Day 29, the last full day of the 2013 Winter Oasis dawned clear and cold.  Promptly at 9 am we lined up for our ride-share trip to the Pima Air and Space Museum.  This is one of the largest air museums in the world and the largest that is privately funded.

We were met in front of the museum by our volunteer guide.  After a brief introduction we proceeded inside the hangar.  This hangar complex contains a wide range of military and civilian aircraft and related exhibits.  We were immediately introduced to a replica of the Wright Flyer.  Among the other airplanes that the guide discussed with us were the Huey helicopter (a military and civilian workhorse that has been flying now for the last 60 years) and the SR-71 “Blackbird” which gained its fame as the spy plane of the cold war, until replaced by satellites. 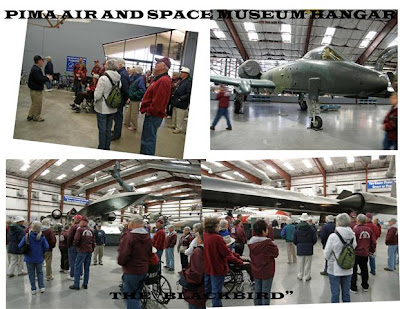 Outside we boarded a tram for a tour of the outdoor aircraft exhibit area.  For his tour our guide became a driver/guide.  As he drove us around the area he talked about many of the planes we were going by, pointing special features in the design and or use of many of them.  A few of the specials included two planes that once answered to the call sign “Air Force One”.  NASA’s “Super Guppy” (this one might qualify as the strangest looking), and 3 B-52s (there are still B-52s flying). 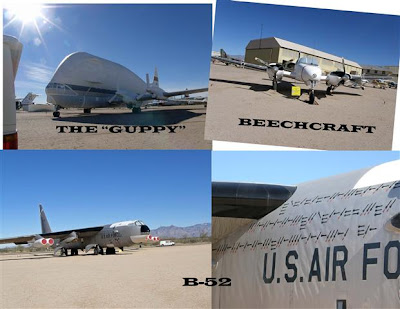 Following the tram tour the group split up.  Some of us headed off to see more of the outdoor exhibit aircraft as well as those in the other hangars.  Others headed off to the gift shop, some to the museum’s Flight Grill for lunch and a few took the tour to the Aerospace Maintenance and Regeneration facility (commonly known as  the “bone yard”) at nearby Davis-Monthan Air Force Base.

The group reconvened at 5 pm at the resorts Catalina Room for our farewell dinner (a south of the border menu).   Following dinner each member of the caravan spoke briefly on a favorite event or a specific memory.  The various shows and the weather got a lot of attention.as did the friendliness, helpfulness, and congeniality of the group. 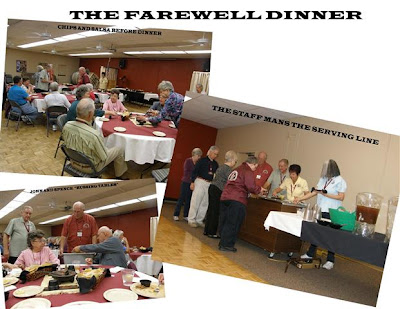 Submitted by:
#12 John and Marilyn McGrew 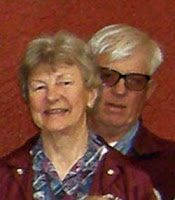 Posted by The Tailgunners at 12:58 PM 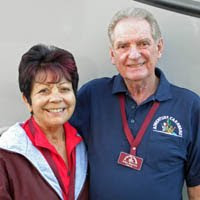 We have been Wagonmasters since 2005 and have traveled extensively in Mexico, Alaska, and the Pacific Northwest. We are excited about sharing the beautiful desert southwest with you. 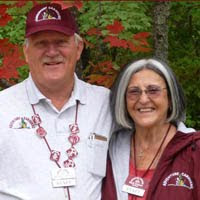 We are your tailgunners for the Winter Oasis 2013. We have been with Adventure Caravans since 2008 and are excited to travel the southwest with you and enjoy the warmth.